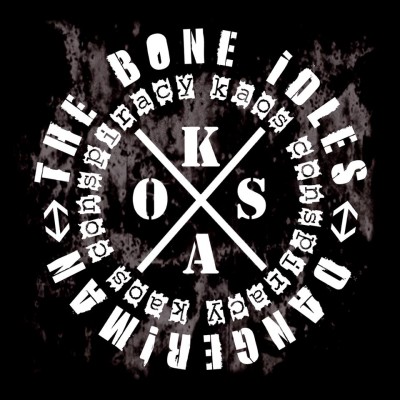 KAOS Conspiracy Split-LP/CD with Karlsruhes finest… The Bone Idles.
Exiled Norwegian Gunnar Nuven (ex Svart Framtid, Kafka Prosess, So Much Hate) is now singing in the Karlsruhe-based hardcore band The Bone Idles. The Karlsruhe/Oslo connection (KAOS) has always been strong, and we had a lot of fun teaming up with Gunnars new band for a split LP and a short tour in 2012.
The record was also available as a wooden box (100 copies) with a free 7″ with both bands doing covers of Svart Framtid, Beastie Boys, The New Pornographers and Yazoo. The four tracks from the 7″ are also available as bonus-tracks on the CD.