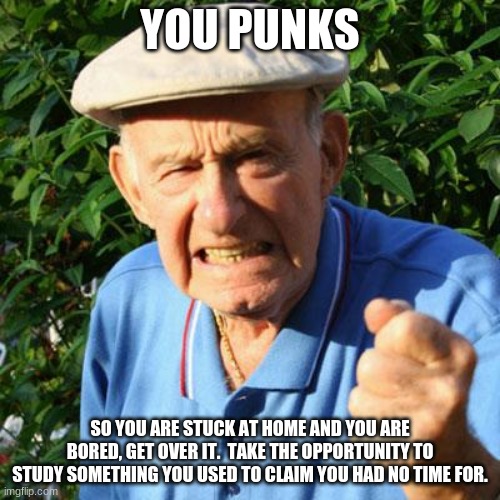 Yeah…. no big surprise I guess… but we’ve sadly had to cancel all our gigs planned for spring 2020. I guess we’re going to have to listen to this guy… and spend the next few months indoors, writing new songs for better times.

Looking forward to re-scheduling our UK tour + german dates as soom as possible… and can’t wait to see you all again. In the meantime… stay safe!!! 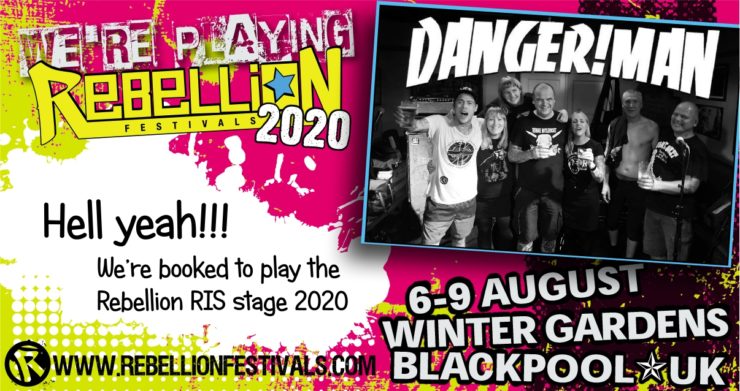 This year is going to be A LOT of fun!!! We just got word that we’re booked to play the “Introducing stage” at the Blackpool Rebellion Festival in august. We would probably be there anyway… but now we’re bringing guitars + the full massive line-up with backup singers and all…
Come join us in Blackpool and party with us!!!
Not sure what day we’re playing yet… 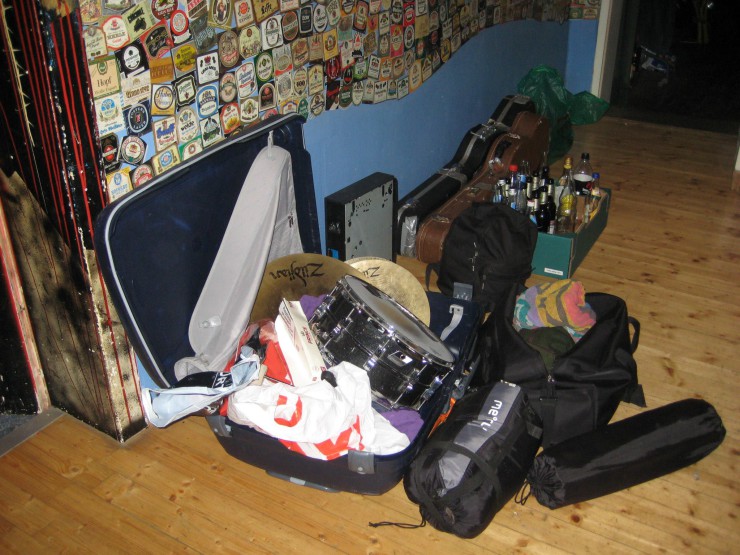 Our bags are packed, and we’re ready to go to the UK for a banger of a weekend together with our sisters LUCKY MALICE. Can’t wait to play some gigs with them again! Always a blast 🙂

This weekend we’re only doing 2 gigs, but we’ll make it count.

Yeah!!! Friday september 27th we’re off on tour together with Karlsruhes TERRORFETT. There will be punkrock, there will be beer and there will be FUN and MAYHEM!!! Come see us and have a beer or 10 with us if you have a chance 😀

We decided to tear Siste Reis Pub in Halden apart together with our sistes in arms, Lucky Malice the other night. A truly memorable evening. Lucky Malice performed their brilliant backup vocals on the songs from the new DANGER!MAN LP, “weapons of mass-distraction”, live for the first time!!! Wow!!!

As some of you might have noticed, DANGER!MAN’s participation at a pro-Palestine concert in Oslo a couple of months ago has caused quite a bit of controversy with some of the concert-groups organizing gigs for us, in alternative youth-houses in Germany on our tour next October. These houses apparently support Israel, while similar places in Scandinavia normally support the people in Gaza/Palestine in the ongoing conflict. This is why the level of commotion our participatian caused, really has taken us by surprise. It’s been quite dissapointing and even shocking actually, and we have now realized we have to make a public statement on this before rumours take completely over.

First of all… We, as all members of DANGER!MAN, have all been anti-racist, anti-facist and NEVER anti-semitic our entire lives, in both words and action. Therefore being accused of going against any of these pillars of our beliefs is definitely taken as an insult. We are proud to have been part of the leftwing part of the punkrock-scene since the mid 80s.

We do NOT regret having played at a pro-Palestinian festival. It’s never been a secret that we have done so in the past,… and we will most likely also do so in the future. If your concertgroups can accept that we feel this way about these issues, and agree to disagree with us… we’d be happy to discuss these subjects in a friendly manner over a beer after our gig in your place. If you can not accept this, and find our views and beliefs too offensive, then that’s just too bad. We are who we are, and those who know us know where we stand.

A lot of the controversy has from what we’ve been told, been about a couple of pictures posted on the website/twitter of the Norwegian Commity for Palestine. There’s one picture of DANGER!MAN in front of a Palestinian flag, along side another picture collage, showing German soldiers in Norway during WW2 and Israeli soldiers (most likely in Gaza). The text on the image is in Norwegian, and can be translated into: «Norway was occupied for 5 years. Palestine has been occupied for 72 years». We have been told that Germans find it unacceptable to show German soldiers from WW2 alongside Israeli soldiers from recent times. We however do not find this image collage offensive, as this image was found on a Norwegian website, and not intended for Germany, where the interpretation might be a bit different. This is NOT an attempt to normalize and marginalize the holocaust in any way. Just a reminder to the people in Norway, telling them that even if it’s a long time since the occupation of Norway ended, a lot of other people are not that lucky.

The concert in question was arranged by people who have been our trusted friends for decades, and there was absolutely NO antisemittic or racist context to the happening. Idealism, hope and focus on human rights was the theme through the whole festival. Boycot of the European Song Contest was another. To us that’s not all that important, as we always boycot the European Song Contest every year anyway, no matter where it’s arranged… crap festival!

But jokes aside… we totally accept the state of Israel’s right to exist, but only within its original borders. At the same time we also accept the Palestinians’ right to their own national state. This does NOT mean that we uncritically accept and support every action of HAMAS. They also will have to be held responsivle for their actions. This is definitely not a situation that can be seen as black and white.

We’d also like to point out that we think disagreeing with, and criticizing the actions of the state of Israel as an occupying millitary power has absolutely NOTHING to do with being anti-semitic. Israel is a national state, and must be held responsible for its actions as such. Criticism of the national state of Israel’s actions is NOT criticism of jews (neither as people of jewish descent or as a religious group) in general, and has therefore nothing to do with anti-semitism.

If you’ve managed to read through all this, and still want to have us come and play at your house… we look forward to seeing you in september/october.